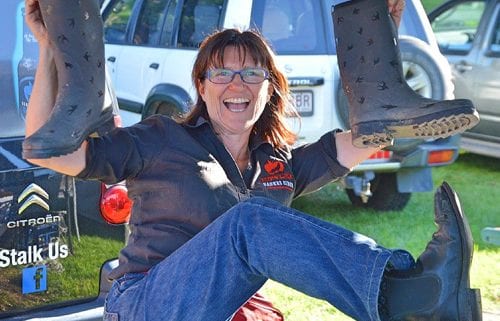 The AFMA national BOOTS FOR CHANGE 2016 campaign has been highly acclaimed at the 2017 Philanthropy Australia Awards winning SPECIAL MENTION in the BEST SMALL GRANT category (under $50,000).

In fact the FRRR Grant to AFMA to create the BOOTS FOR CHANGE campaign was $10,000. That seed funding (and leveraged philanthropic partnerships) was deployed to create a national campaign to raise awareness of farmers’ markets and the beneficial role they play in supporting Australian farming families.

‘The impact of BOOTS FOR CHANGE was simply astounding. The total national spend at these markets tallied more than $17 million. The social media coverage reached an audience 0f 1.75million Australians. At least 48% of markets reported increased shopper numbers as a result of the campaign, and 99% of market managers were extremely satisfied,’ said Boots For Change project manager, Jane Adams.

‘ The power of BOOTS FOR CHANGE lies in its simplicity. Everyone can pull on a pair of boots as a gesture of support for our hardworking farmers and food producers.’

BOOTS FOR CHANGE Market Days ran throughout April 2016 in 56 farmers’ markets Australia-wide. The campaign hosted a total of 96 markets that engaged 3000-plus farmer stallholders and reached 180,000-plus shoppers in all states.